His idea was to build a diverse vibrant community, and provide multiple areas within which the public could experience the building and its magnificent views. And all of this astride one of London’s major transport hubs.

Sellar acquired Southwark Towers, occupied by PwC, as an investment in November 1998. When the UK government shortly afterwards began encouraging high-density developments close to transport hubs, Sellar set about planning a world-class building that would capture people’s imagination. He arranged lunch in Berlin with award-winning architect Renzo Piano and, Sellar says, the architect’s initial reaction was far from encouraging: “Renzo said: ‘You know, I hate tall buildings – they are arrogant, aggressive, like fortresses.’ I thought it was going to be a short lunch.

But there was something about the energy of the railway lines and the beauty of the Thames that appealed to him. So Renzo turned over his menu and started to sketch. What he drew in a matter of seconds bears a remarkable resemblance to The Shard today.“ Having seen the sketch, Sellar told Piano that if he would sign it and sign up, then he would build The Shard. Piano wrote: “To Irvine from Renzo, May 2000 Berlin” – and The Shard journey was under way.

Some challenging years followed, during which the project overcame a lengthy planning process and a high-profile public inquiry, only for investment to slip away following the global economic crash. But The Shard’s future was assured in 2008 when the State of Qatar came on board as a partner who shared Sellar’s vision. The construction phase was exhilarating and testing in equal measure. The team overcame sub-zero temperatures, gale force winds and the Thames breaking through the protective dam.

Pioneering engineering methods were used, such as top-down construction, where foundations are dug while the core is built up – a first for the UK. Over one 36-hour period – employing 700 lorry-loads, one every three minutes – the team poured 5,400 cubic metres of concrete. The years of hard work and ingenuity came to fruition in 2012, when The Shard was completed and officially opened by the Prime Minister of Qatar. Since then, its restaurants, hotel and viewing gallery have opened to the public and tenants have begun to move into its offices.

Taking inspiration from the spires of London churches and the masts of tall ships depicted by the 18th-century Venetian painter Canaletto, Renzo Piano designed The Shard as a spire-like sculpture emerging from the River Thames.

The slender pyramidal form was tuned to the mix of uses that the building contains; offices making use of the large floor plates on levels 4-28, and directly connected to the busy transport hub at ground level. Immediately above are three floors of restaurants and bars. The hotel occupies the central section of the building, with the residences above, where the building is slender enough for apartments to have views on all sides. The final floors accommodate the UK's highest public viewing galleries, 240m above street level. The spectacular glass and steel spire at 95 storeys (310m) high forms its summit, tapering off and  disappearing into the sky - a particularly important detail for Piano given the building’s prominence on the London skyline.

Eight sloping glass facades, the "shards", define the shape and visual quality of the tower, fragmenting the scale of the building and reflecting the light in unpredictable ways. Opening vents in the gaps or “fractures” between the shards, provide natural ventilation to winter gardens.

Fundamental to Piano’s vision of the building was the idea of lightness and transparency. For all its height, The Shard would be an elegant spire in contrast to the bulky high-rises of the past. Realizing this idea meant using glass in a highly innovative way.

Piano’s sophisticated use of extra white glass, with these expressive façades gives the tower a lightness and a sensitivity to the changing sky around it, The Shard’s colour and mood are constantly changing according to the weather and seasons. It required a particular technical solution to ensure the facade’s performance in terms of controlling light and heat. A double-skin, naturally ventilated facade with internal blinds that respond automatically to changes in light levels was developed.

Outstanding architecture is why a million people visited The Shard’s viewing platform in its first year; why up to six thousand people a day visit The Shard’s restaurants and bars; why tens of thousands are expected to visit the Shangri-La hotel; why its office occupiers are reporting substantial uplift in new business since moving in; and why Londoners, especially, embrace this magnificent building.

The Shard is a living, dynamic building, full of energy. Its sits proudly next to its stunning sister building, The News Building, now headquarters to News UK and illustrious titles and media brands: The Times, HarperCollins, Dow Jones and The Wall Street Journal. These two Renzo-designed buildings will be occupied by 12,500 people and are already establishing a new vibrant community - Shard Quarter.

The finished building remained true to the original vision of a “Vertical City” with multiple and different occupiers, many of which will operate 24 hours a day, including hotel, education, medical, tourist attraction, residential, retail, restaurant, and offices. The Shard’s proximity to London Bridge Station, which itself is being transformed into a 21st-century transport hub used by 75 million people a year, means travelling to it is a smooth experience for occupiers and visitors alike.

On 5 July 2012 The Shard was formally inaugurated by His Excellency Sheikh Hamad Bin Jassem Bin Jabor Al Thani, Prime Minister and Minister of Foreign Affairs of the State of Qatar, in an event that marked the physical completion of the exterior of the building and represented the culmination of a 12-year journey to build a significant new landmark on the London skyline. The inauguration was also marked by a spectacular light and laser show that illuminated the building.

On 29th September 2021, The Shard unveiled WE, the first sculptural installation in London by world-renowned Spanish sculptor Jaume Plensa that is accessible to the public.

WE comprises two parts facing each other, as if in dialogue, with one installed in The Shard’s piazza and the other suspended above the escalator outside the building by London Bridge station.

“STANDING AT ALMOST 310 METRES, THE SHARD WILL BE ONE OF THE TALLEST BUILDINGS IN WESTERN EUROPE. FOR ME HOWEVER, THE HEIGHT OF THE SHARD IS ONLY SECONDARY. WHAT IS SPECIAL IS THE SOLID AND CONTINUING RELATIONSHIP BETWEEN TWO NATIONS - QATAR AND BRITAIN - WHICH HAS BEEN AN IMPORTANT FACTOR IN COMPLETING THIS PROJECT.”
His Excellency Sheikh Abdulla Bin Saoud Al ThaniGovernor of Qatar Central Bank

What the Experts Say

“If Christopher Wren had access to glass and steel, do you not think he would have built something as tall as The Shard?”

“Its height and relationship to the city is daring and awe-inspiring, respectful of both historical neighbours and contemporaries without yielding its confidence and command of the cityscape.”

"The Shard is architecturally cultured and a great addition to the London skyline."

“The Shard is the most beautiful addition to the London skyline. Its beauty is in part due to the ever-changing play of light across the facades of the building.” 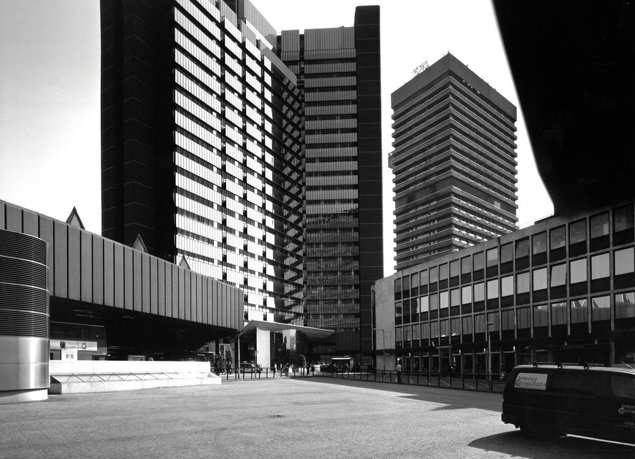 After a government white paper encourages the development of tall buildings at major transport hubs, Irvine Sellar decides to redevelop Southwark Towers, a 1970s office complex he had acquired, and which was occupied by PwC. 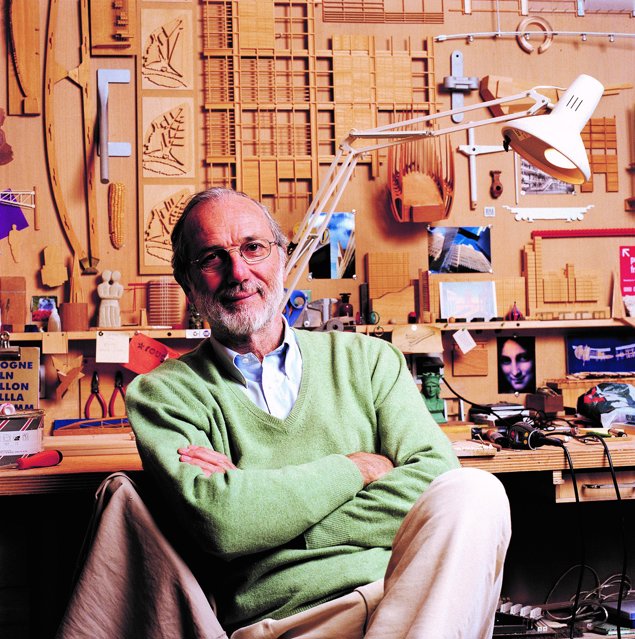 Sellar meets Renzo Piano in Berlin and asks him to create a 'vertical city' on the Southwark Towers site - a place where people would work, live, visit and enjoy themselves. They agreed it was fundamental to have public access to the building - something that would be unusual for a tall structure in London. 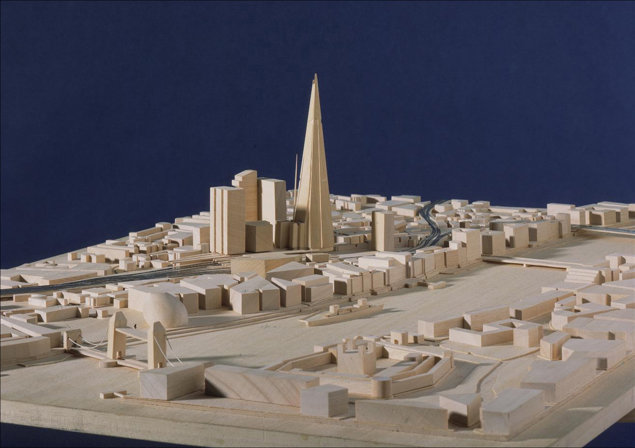 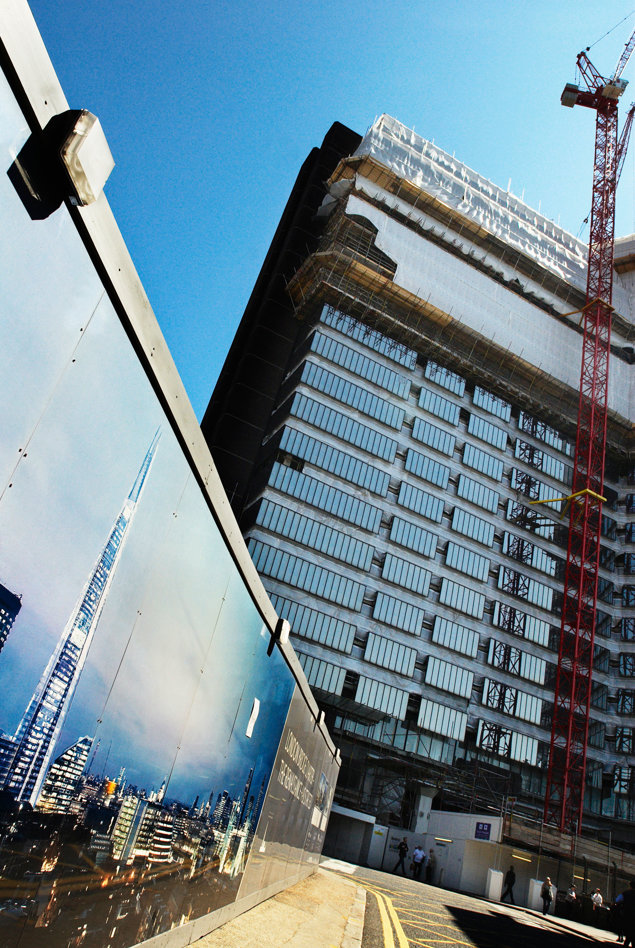 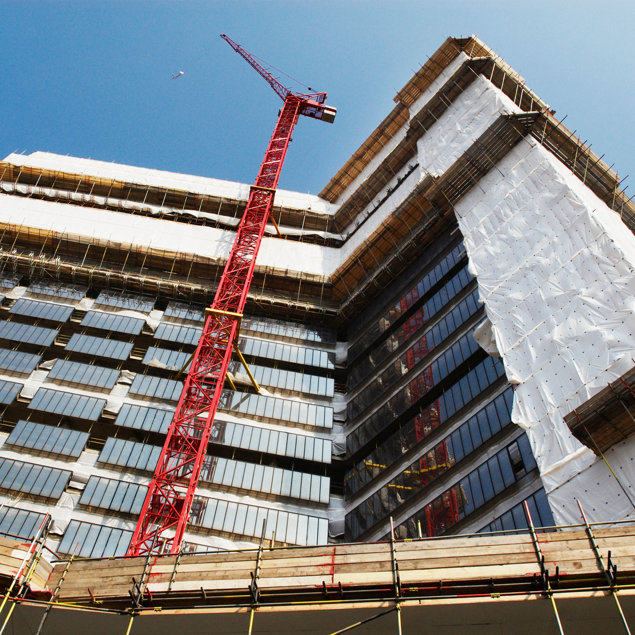 After the financial crisis causes problems for the project, a consortium of Qatari investors steps in to provide funds and work to demolish the Southwark Towers begins in April 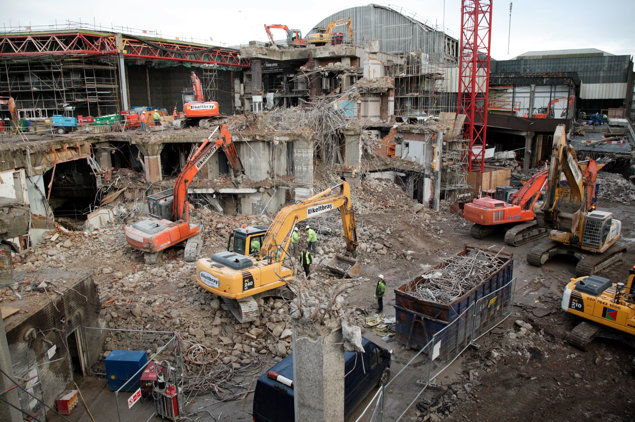 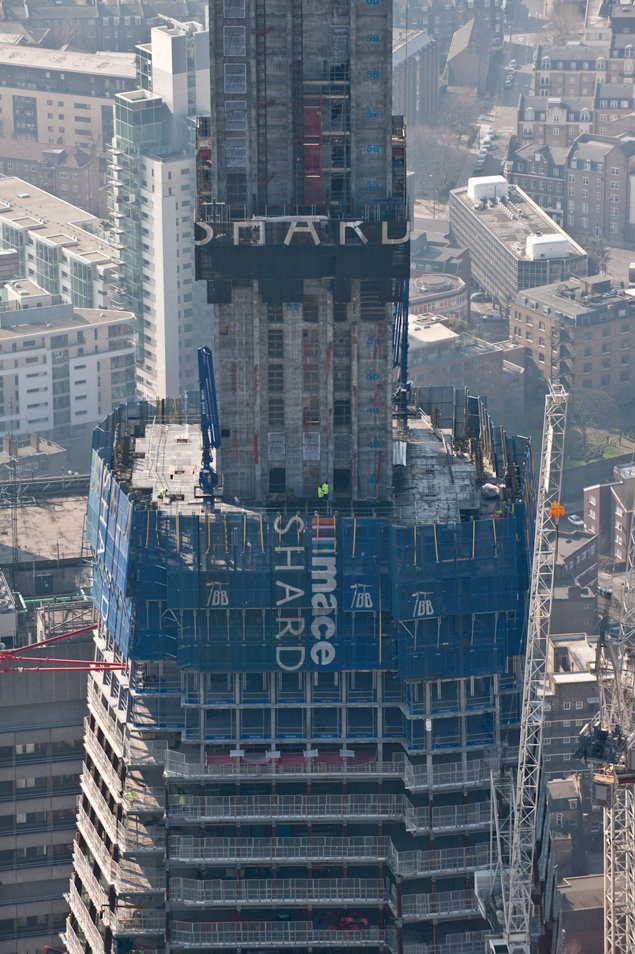 As construction continues, the concrete core of the building rises steadily by approximately three metres a day until in November, it becomes Britain’s tallest building, replacing One Canada Square in Canary Wharf. 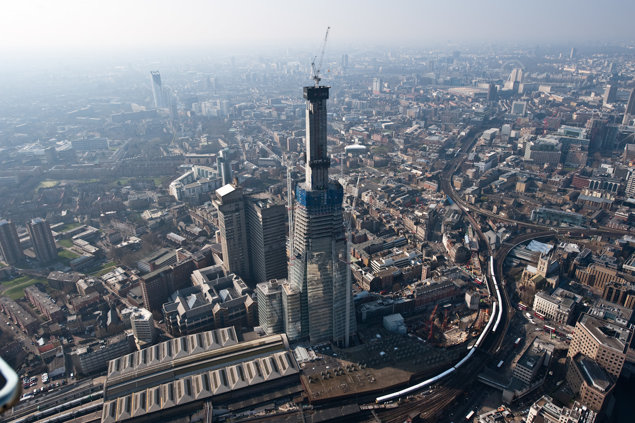 The core is topped out in early 2011 and as work continues, by late December 2011, the Shard overtakes the Commerzbank Tower in Frankfurt to becomes the tallest building in the European Union. 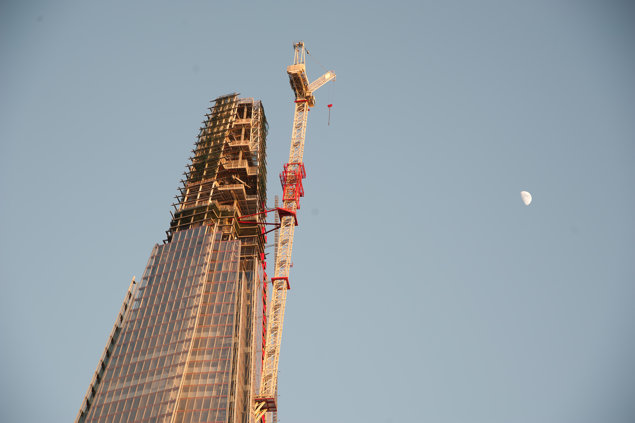 On March 30, the 66-metre spire was winched into place, bringing the tower to its full height. The building is inaugurated in July by the Prime Minister of Qatar, Hamad bin Jassim bin Jaber Al Thani, in a ceremony attended by Prince Andrew, Duke of York. 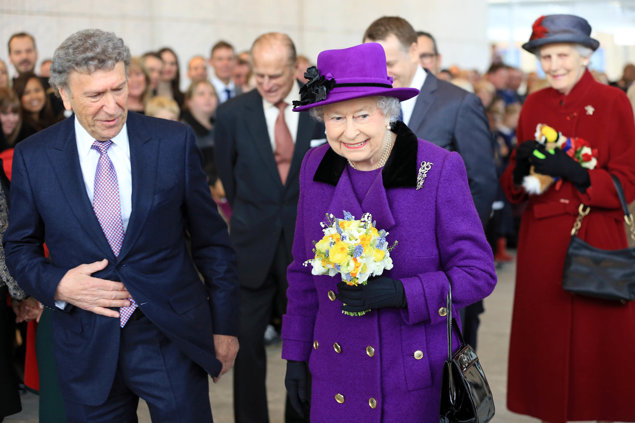 The viewing platform is officially opened by the then Mayor of London, Boris Johnson, on 1 February. The Shard's restaurants and bars - Hutong, Oblix and Aqua Shard - open over the summer, at the same time as the first office tenant, Duff & Phelps, moves into the building. In November, Her Majesty the Queen and HRH Prince Phillip visit The Shard. 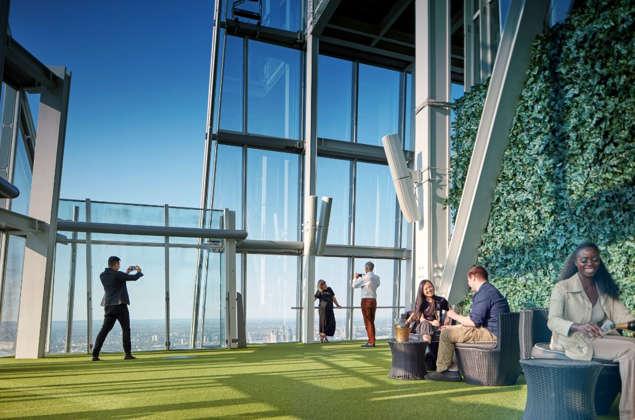 In February, The View from The Shard reported one million people visited the attraction in its first year. More office tenants move into The Shard, including Mathys & Squire, Foresight and South Hook Gas. The Shangri-La Hotel opens in May to critical acclaim. In June, The Shard announces another three office tenants have leased space, while later in the year Al Jazeera (September) and Warwick Business School (November) move in. 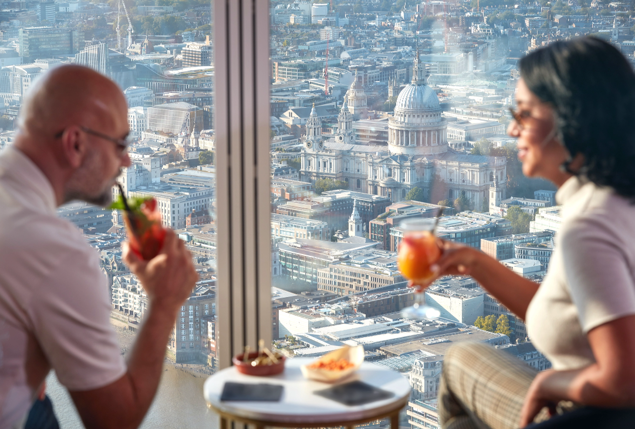 Located on levels 4-6, HCA Healthcare UK opened their new Outpatients and Diagnostics Centre on 1 February, accommodating up to 600 patients a day. The Shard offices completed a number of new lettings and existing occupier expansions to global luxury fashion retailer MATCHESFASHION.COM, digital Marketing agency Jellyfish, Duff & Phelps, political publishing house Dod's (Group) Plc, Tabcorp and global food products supplier Kraft Heinz. The Shard was also certified as one of the best buildings in the UK for broadband and telecoms infrastructure after being awarded a Platinum rating by international connectivity accreditor WiredScore. 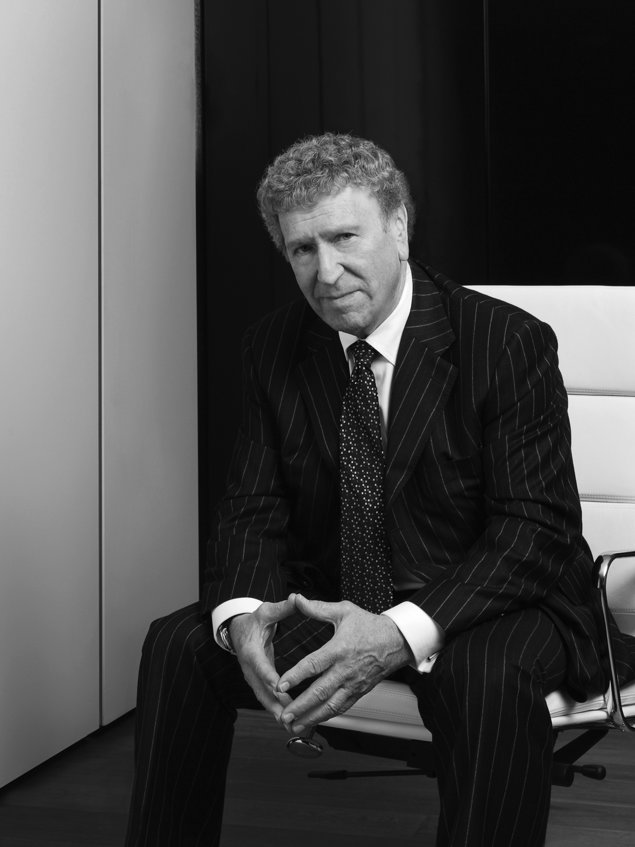 On Sunday 26th February, Irvine Sellar, The Shard’s visionary, developer and joint owner, passed away at the age of 82. In October the final suite of available space in The Shard offices was taken by existing occupier Warwick Business School following new lettings by Foresight Group and Mitie Group PLC. Earlier in the year The View from The Shard successfully launched the UK’s highest virtual reality experience where guests could ride the world’s highest slide or experience dizzy heights as a construction worker. 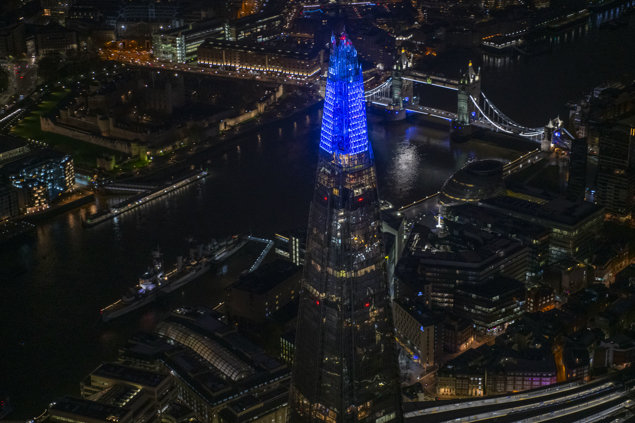 During the global pandemic of 2020 the top 20 storeys of The Shard were lit blue every night of the year, in recognition of all the wonderful NHS staff and key workers who helped keep the country safe during the pandemic and continue to do so.
FIND OUT MORE

A Beacon for Modern London

The 2020 Shard Lights festive display launched with a specially designed sequence honouring the NHS, front line staff and volunteers that have worked so tirelessly throughout the Covid-19 pandemic. The display featured a message of thanks in Morse code, marking the first time The Shard has ever communicated a message across the capital. 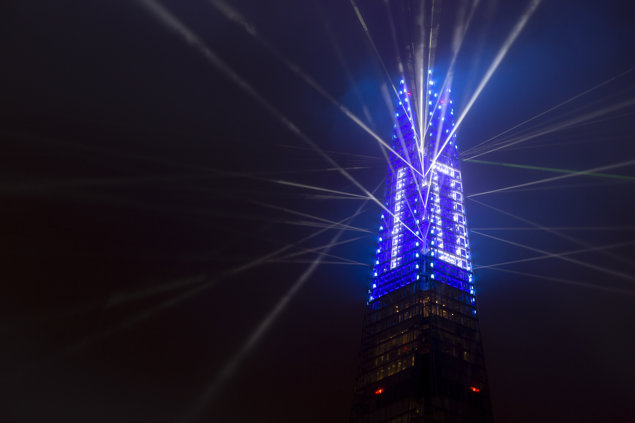 The Shard welcomed in the New Year alongside other London landmarks with a unique televised event. Viewed by millions live on BBC1, The Shard was joined by London Bridge, The O2, Wembley Stadium and Tower Bridge with a distinctive light and fireworks display to help London see in 2021 with a message of hope.
FIND OUT MORE 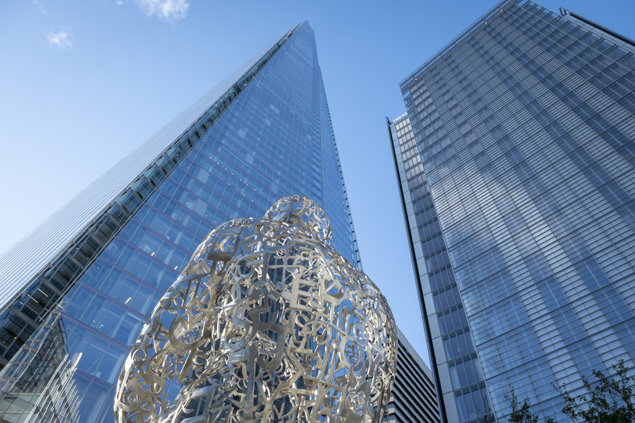 On 29th September 2021, The Shard unveiled WE, the first sculptural installation in London by world-renowned Spanish sculptor Jaume Plensa that is accessible to the public. WE comprises two parts facing each other, as if in dialogue, with one installed in The Shard’s piazza and the other suspended above the escalator outside the building by London Bridge station.
FIND OUT MORE